A message from our chief strategy officer and co-founder, Steve Zuckerman

On October 17, 2022, the United States filed a lawsuit against Cigna Corporation and its subsidiary Medicare Advantage Organizations, intervening on a lawsuit filed by a whistleblower several years earlier. The lawsuit seeks damages under the False Claims Act for Cigna’s alleged submission of invalid diagnoses codes for purposes of inflating risk adjustment revenue for its Medicare Advantage plan members. Health plans like Cigna are required to report patients’ diagnoses which are used to calculate “risk adjustment” payments to the plan based on demographic information and the health status of patients. Over the last few years, lawsuits against Medicare Advantage Organizations (MAO) have increased significantly, centering around what the government alleges are improper practices focusing on boosting risk scores and associated payments.

The government’s lawsuit against Cigna focuses on diagnosis codes submitted on forms completed by several home assessment vendors. The lawsuit alleges that these vendors did not properly validate the existence of the reported conditions. Further, the diagnoses were not supported by the minimal information contained in the vendors’ forms. The government identified a major flaw in the home assessment vendor process in that it failed to coordinate with the patient’s primary care physician (PCP) or account for the patient’s full medical history. Instead, the home assessment vendors relied on limited data provided by Cigna and self-reported patient information which created an incomplete picture. As a result, according to the government, Cigna was overpaid tens of millions of dollars in risk adjustment payments from the Centers for Medicare and Medicaid Services (CMS).

The government’s action against Cigna is the latest in a string of lawsuits and recent Office of Inspector General (OIG) reports claiming that MAOs have received billions in risk adjustment overpayments. A common theme in these cases and recent OIG reports is that home assessment vendors work around PCPs, instead of with them. Sending a clinician to a patient’s home, without any relationship with the patient or the PCP, has been increasingly scrutinized as it’s viewed as a method to simply improve risk score without improving patient care or outcomes. In fact, going back as early as 2014, in its 2015 Advance Notice Proposal, CMS suggested to “exclude for payment purposes diagnoses identified during at home visits that are not confirmed by a subsequent clinical encounter.”

The mounting scrutiny of home assessments has continued. In September 2021, the OIG issued a report regarding billions in alleged overpayments to MA plans. It specifically criticized home assessments, making the point that the failure to work alongside PCPs raises concerns about the quality-of-care coordination for these patients and the validity of diagnoses. These concerns are being exacerbated by fundamental flaws in the home assessment process, including the failure to consider pertinent patient information contained in PCPs’ electronic medical records and the lack of follow-up with the PCPs to ensure chronic conditions and care gaps identified during the assessment are being addressed.

Despite the flaws with home assessments that are not connected to PCPs, MAOs ultimately bear the responsibility. In our experience, MAOs do not intentionally misrepresent their population risk. They are simply relying on vendors employing legacy programs that have not evolved to meet the current regulatory environment. The shift to value-based care will put even more pressure on payers and providers to use compliance-centric solutions that are focused on improving the accuracy and completeness of diagnoses codes and documentation.

As the pioneer in physician-centric risk adjustment processes, Vatica has emphasized for over a decade the importance of including PCPs in the risk adjustment process. Instead of using third parties with no pre-existing relationship with the patient and no access to the underlying medical record, Vatica’s solution empowers PCPs to improve outcomes while easily completing HCC coding with the greatest level of accuracy and completeness. By pairing technology and dedicated clinical support at the point of care, Vatica enables PCPs to drive the most compliant and accurate risk adjustment results, close care gaps, and improve performance. How complete and timely data exchange can improve VBC outcomes 3 major PCP risks in VBC—and how to reduce them

By Lindsay Dosen, senior vice president of legal and ... 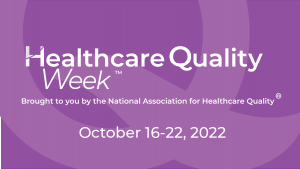 Physicians want resources to address SDOH: Here’s where to find them

Physicians are well aware of the impact created by ... Bridging the Quality Gap through Race and Ethnicity Reporting

As efforts continue to improve quality and reduce ... The COVID-19 pandemic has had a ripple effect, ... 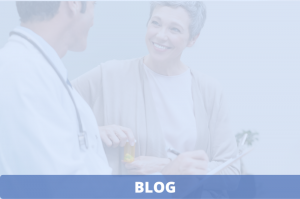 How to Close Care Gaps for Patients With SDOH Customer Centricity: Building Your Business One Relationship at a Time